A week or so after I won my M923 truck, I also bid on and won an M1102 trailer. This one is for my HMMWV. It just arrived today, and it’s in good shape! The vinyl top is pretty well-worn, but the trailer otherwise looks like it’s in nice condition.

The M1102 has an aluminum bed that’s similar in construction to the HMMWV’s body. Rather than a little fold-down rear support leg, it has two beefier rear support legs that stow on the front, and pin onto the back. It has a tongue jack with a wheel, rather than a simple landing leg. The bows and cover are similar in construction to the cargo covers on the HMMWV. It has an added cover support along the top of the bows that wasn’t present in any of the covers I’ve used on my HMMWV. I don’t know whether similar supports might have been added in newer versions of HMMWV tops.

The bed has many folding, rotating tie-down loops, and a surge brake system. All in all, this is a nice trailer! I don’t know if I’ll keep my M101-series trailer that I bought for my HMMWV many years ago. 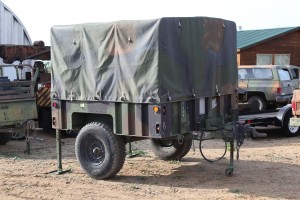 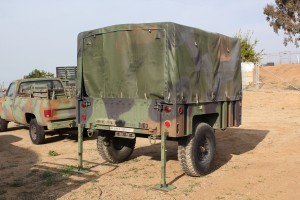 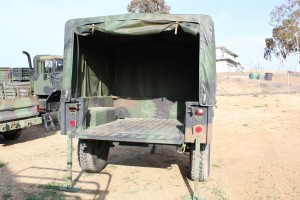 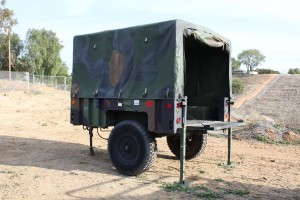 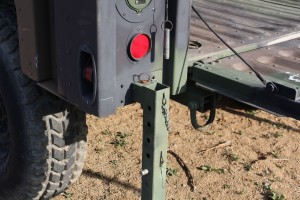