I just bought this 1984 M936A1 5-ton 6×6 medium wrecker in yet another government auction. It’ll be replacing my 1965 M543A2 wrecker, which is pretty tired out… there’s not much on my M543A2 that doesn’t need repair, and I just haven’t had the time and energy to take on that restoration job. I’m hoping that this new M936A1 will work better for me, and need a lot less work! The M543A2 hasn’t been road-worthy since I got it, and it has decayed further while I’ve had it. I plan to put the M543A2 up for sale very soon.

The M936A1 is a member of the M939 family of trucks, and it’s two generations newer than my older M543A2. It has an automatic transmission and true air brakes, with the parking brakes locking up all four rear wheels in addition to having a mechanical driveline brake at the transfer case output; the M543A2 just has the mechanical driveline brake plus a hydraulic brake lock valve which can keep the service brakes applied for a little while. I really prefer true air brakes with spring-applied parking brakes on all of the rear wheels. The winches are hydraulic instead of mechanically driven, which is another plus. This new wrecker is in the same family as my M923 cargo truck. As an “A1” truck, the wrecker has the larger 14:00x20R super single tires mounted on bolt-together two-piece rims, instead of the 11:00x20R tires with dual rears and split-ring wheels that are on my M923. I like the look of the larger tires, and they add some highway speed while sacrificing some power. I may swap the wheels between the wrecker and my cargo truck. I should also be able to swap the speedometer gears to make the speedometers read correctly. The super singles add about three inches of height to the truck, and that’s enough to make it noticeably harder to climb into the cab. 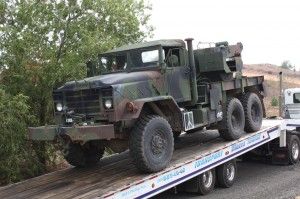 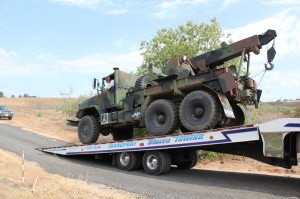 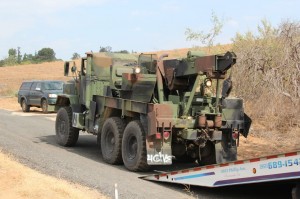 I had the wrecker towed home from Barstow on a flatbed, just like I did with my M923 recently. The driver unloaded at a convenient spot nearby so he wouldn’t need to drive his semi up my steep driveway, and then drove my wrecker onto my property. The right rear tire was nearly flat, but it still had enough air in it for that short drive. The truck fires right up, and that made it a lot easier for the driver to load it up in Barstow. 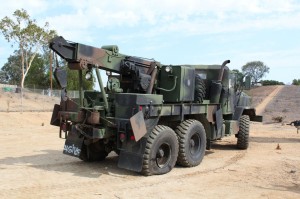 I’ve aired that tire back up, but I haven’t identified the leak yet. Hopefully the tire is still usable, but I should probably swap it with the spare tire (which looks unused) anyway in case it’s weakened by sitting with low air for a long time. There’s also gear oil leaking from that hub since the low tire kept that axle off level for a long time, so I’ll need to service the wheel bearings and seals. 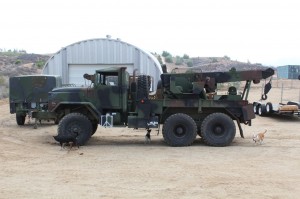 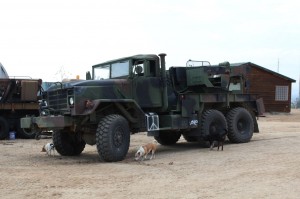 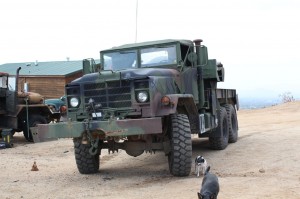 With the driver paid and the truck in my yard, I could finally start inspecting it. My dogs had to check it out, too! It looks good overall. It’s not quite as clean and shiny as my M923, but it still looks good. All of the storage compartments but one were padlocked shut, but I couldn’t find any keys in the cab. Before I got around to cutting the locks, I found an unexpected treasure: Two full tanks of fuel! With almost 140 gallons of fuel capacity, that fuel is worth almost as much as I paid for the tow home! I don’t expect to be driving the truck a lot in the short term, so some of that fuel may find its way into my other trucks. 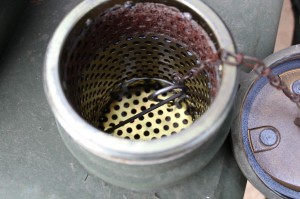 Once I cut off the padlocks, I found still more treasures. The truck includes most of its standard Basic Issue Items (BII). Jackpot! A lot of is is unused, and even still in the boxes it came in. I think I even have a surplus of tow bar ends, though I haven’t done a full inventory yet. Well, that means that I won’t need to steal gear from my M543A2, so that’ll be good for its next owner. 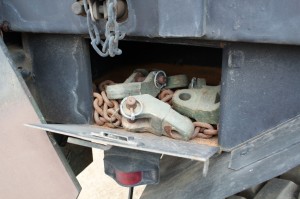 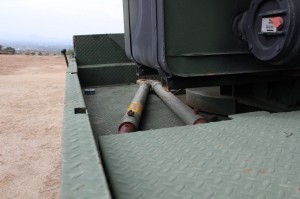 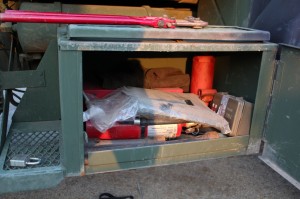 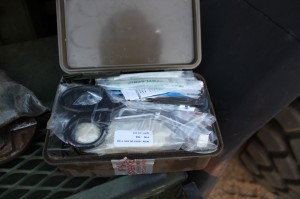 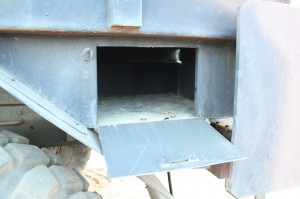 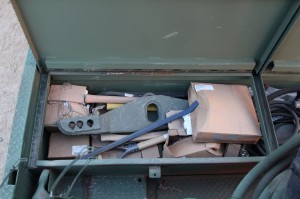 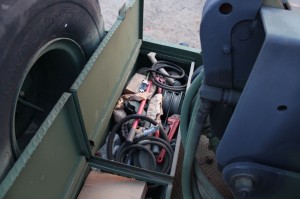 Once I fired up the truck and started exercizing stuff, I did find some issues. Hopefully they won’t be too hard to take care of:

Despite a few issues to take care of, I think that I got a good deal on this truck. Now I need to spend some more time on my M543A2. I call it a “project truck”, but there are still a few small things I’d like to do to it before I put it up for sale.