The Hagelin CX-52 cipher machine which works on the same principal as the M-209 Converter. I’ll write a more detailed description later; for now, here are some pictures of my CX-52 that I found on eBay, along with some details about how I cleaned up and repaired it.

The ball bearing detents were stuck in place in several of the movable type wheel letters. I got a couple of them loose by just soaking them in WD-40 and then shaking the bottle they were in, but several others wouldn’t come out that way. It occurred to me that I may be able to remove them using the same principal as that used in a kinetic bullet puller. After thinking about how to make a suitable tool for this, it dawned on me that I already had what I needed: The primer pocket in an ordinary .45ACP pistol cartridge is just about the right size to hold one of the letters, and the flash hole is large enough to leave the ball detent unsupported. I was able to remove all of the stuck detent balls by taping a letter in place in the primer pocket of an empty cartridge, and then knocking it loose with an ordinary kinetic bullet puller.

The typewheel is back together now, and I’m working on other parts of the unit. I don’t think I’ll be able to remove the lug basket for cleaning like I had hoped to, but it’s made such that the individual lug bars may be removed while it’s in place. One problem that has come up is that the upper paper roller arm is frozen to its shaft, and I haven’t been able to get it out yet. It needs to come out so I can clean and lubricate some stuff.

I finally have the machine back together. There are some parts that I wasn’t able to fix, such as a frozen shaft in the paper feed, I don’t have key the key blanks I’ll need to reinstall the lock, and the “F/V” cam doesn’t always pop into the right position until the machine is cycled a few times, but the machine appears to be working now. I cleaned the lug bars in my ultrasonic cleaner, but I had to clean most of the rest of the machine by hand. 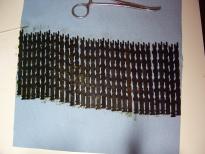 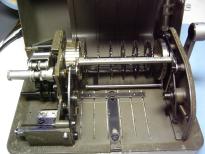 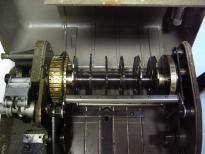 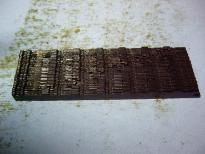 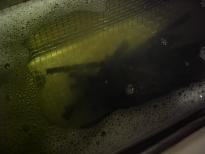 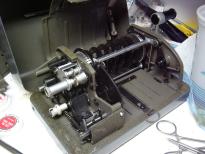 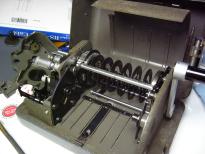 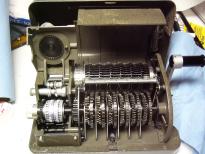 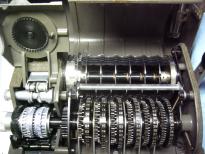 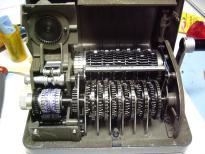 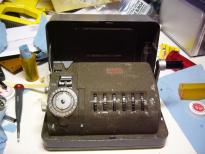 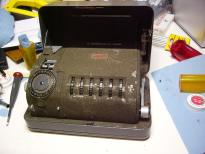 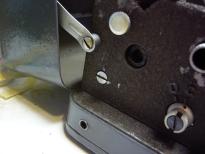 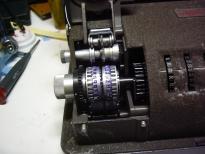 I picked up a case of 11/16″ teletype roll paper, which happens to be the right width for the CX-52 printing mechanism. My machine seems to be ciphering and deciphering properly now.