I became interested in retrocomputing about a year ago, and since then my web site’s focus has drifted from mostly military surplus equipment to more general technical content. It no longer makes sense to call my site "Mark’s Green Pages (Mark J. Blair’s Blog of Mostly Military Stuff)" so I have renamed my site to "Mark’s Tech Journal (Mark J. Blair’s Blog of Technical Stuff)".

Along with the name change, I’ve done some minor reskinning. The graphical site logo, which was formerly an edited picture of my M-209B cipher machine’s dataplate, is now just plain text. This shrunk the header of the page a bit. I’ve changed the title font to OCR-A for its retro-technical appeal, and the main body text font now defaults to Verdana for better readability, rather than the Special Elite font that I previously used for a teletype-like effect. I’m still using the Telegraphem font to simulate cipher machine tape on some pages. Monospaced text will now default to Source Code Pro if you have that installed, or else will fall back to more common fonts such as Courier New. I serve up OCR-A and Telegraphem from my web site, while other fonts such as Verdana and Source Code Pro will simply downgrade to alternatives if you don’t have them installed. I no longer reference the Google Fonts API. I’m still using a background graphic created from a photo of my M-209B cipher machine’s green wrinkle paint finish.

All existing content remains the same other than cosmetic changes, and I don’t anticipate any sudden change of focus. 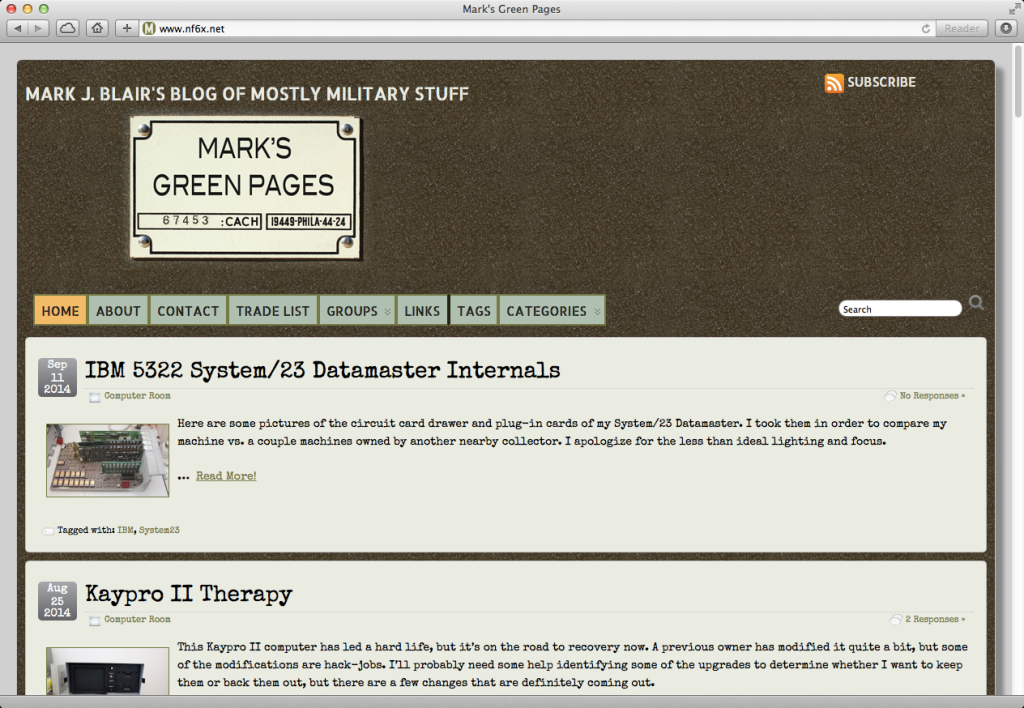 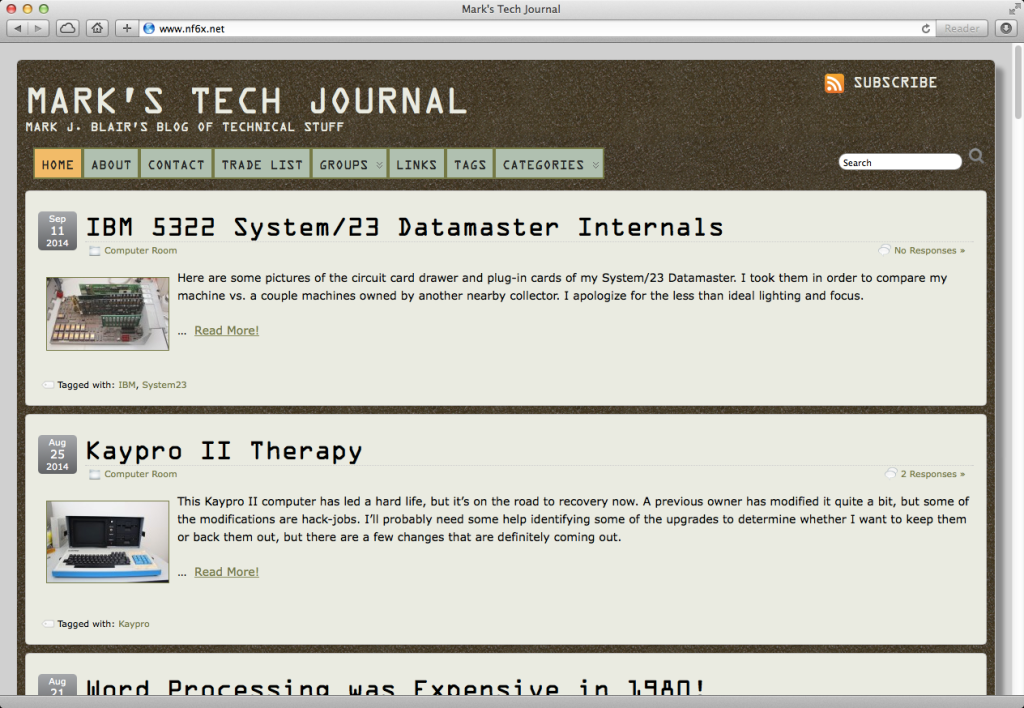