I replaced the broken thermocouple in my MP Select Mini 3D Printer this weekend, and it’s back up and running again! Here’s how I did it.

I found an Amazon listing for 100k NTC beta=3950 thermistors. I ordered ten of them for $13.99 with Prime shipping. They are soldered to 1m long Teflon-insulated wires, just like the original thermistor, but they lack the mating connector for the controller board. 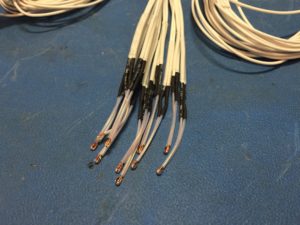 Here I’ve mounted one of the new thermistors. I’m routing the wiring differently to reduce mechanical stress on the thermistor leads, and to make the thermistor easier to replace if it fails. 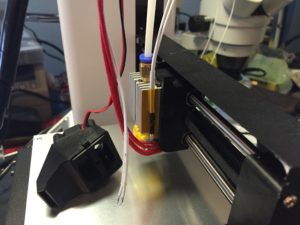 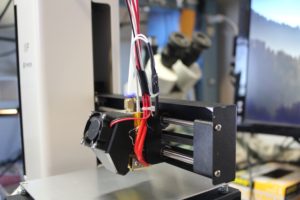 I found that the individual wires and the Bowden tube all wanted to move with respect to each other during X axis motion. I removed most of the spiral loom to let them move more freely. 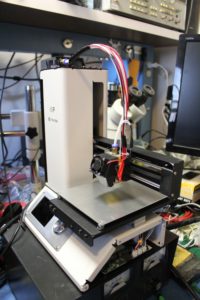 With the new thermistor installed, the temperature control loop is once again closed! 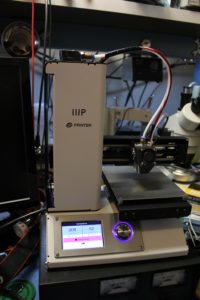 With a thermocouple crammed down into the extruder, I find a 10 degree C error in the temperature. I never performed this measurement with the original thermistor, so I don’t know if it also produced the same error. 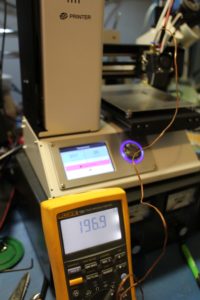